The clock is ticking away… the countdown has begun! The Akshay Kumar fans are waiting with bated breath for the grand opening… Mission Mangal is going to launch on the auspicious day of Independence. This year, India will be celebrating the 73rd Independence Day. The whole Nation is eagerly waiting for the big day to arrive; and what could be more promising than expecting a great film on the same day?

The promos, the launching, and the cast

The day the first promo was released, the audiences’ excitement bone was tingled, and they went gaga over the same. Whenever Akshay Kumar is in the forefront, people’s expectations reach to great heights. The first official trailer by Fox Star Studios was released on July 18, 2019 and the second trailer was released on August 8, 2019. From the moment the first trailer was released, a distinct positive air was noticed all around and every Bollywood movie fan glued their eyes to the screen and surfed through the Internet to know more about the movie.

Mission Mangal was announced on the auspicious day of the launch of Mangalyaan on November 3, 2013. The film’s story is a tribute to the scientists of Indian Space Research Organisation (ISRO) who had contributed to India’s first interplanetary expedition, the Mass Orbiter Mission, which is popularly known as Mangalyaan.

Fans’ expectations got a boost when Chandrayaan-2 was successfully launched on July 22, 2019 by ISRO. The whole Nation celebrated and cheered for the hard work and success of the leading women scientists Muthayya Vanitha and Ritu Karidhal. The former was leading the Chandryaan-2 and on the other hand and the latter was working as Mission Director. Thus, this became the first time when women power was heading such a highly important mission of ISRO.

Similarly, Mission Mangal too is the first film in Indian cinema which is lauded to be the first space film. The film shows the struggles of five women scientists as they undertake a mission to send a satellite to Mars. The cast features the well-loved female leads such as Vidya Balan, Sonakshi Sinha, Taapsee Pannu, Kirti Kulhari, and Nithya Menen.

This film is also unique in its way as we must also remember that though being surrounded by a remarkable team of ladies, our admired Akshay Kumar is not romancing any of them! It is said that this is truly a new kind of experience for Akshay Kumar.

This Jagan Shakti directed and R Balki produced film is also enticing fear in many fans’ hearts. Many think that the role played by Akshay Kumar in this movie may entrap him in a specific image; just what happened to him in the primary days of his career. In the previous years, Akshay Kumar was quite trapped in the image of an action hero, which he was able to break with Priyadarshan’s help when one of the favorite comedies of all time was released in Bollywood—Hera Pheri. But Akshay showed much positivity and commented, “I am doing Mission Mangal but I also do films like Housefull. So I don’t want people to wonder what is Akshay doing in this film? What is this character? People shouldn’t doubt my intentions. I do all kinds of films and I don’t want to get stuck with one image. I am a responsible citizen and I don’t become irresponsible by doing a commercial film. I play only characters. I enjoy doing Mission, I enjoy Housefull and I also enjoy doing Rowdy Rathore, Singh Is King, Bachchan Pandey, Sooryavanshi….”

Meanwhile, the hero is also trending in social media not for a very happy reason to be precise! A lot of Netizens dissed him and commented that it seems the hero finds a way to make films about crucial events and empathetically seize the glory. They even went to the extent of making various memes to portray their sarcasm. They even criticized him for being the lead face even though the film is supposed to portray the struggle of the women, their intelligence, and status upliftment.

The wait is almost over!

No matter what rumors are going over the Internet, good or bad, everyone is looking forward to the day of Independence. An Akshay Kumar movie always leaves high hopes for the movie freaks of India. By not getting swayed by what the Netizens are saying, one must decide himself/herself how the much awaited movie has portrayed its message. Let us be unbiased and watch this brilliant movie, enjoy ourselves, and praise the actors for their experimental roles. 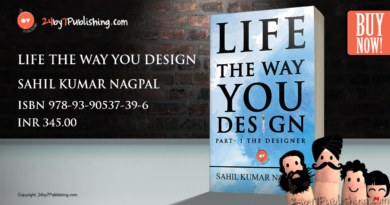 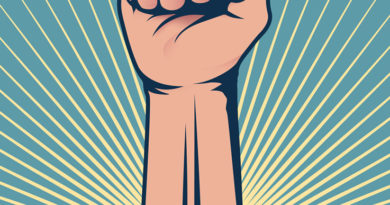