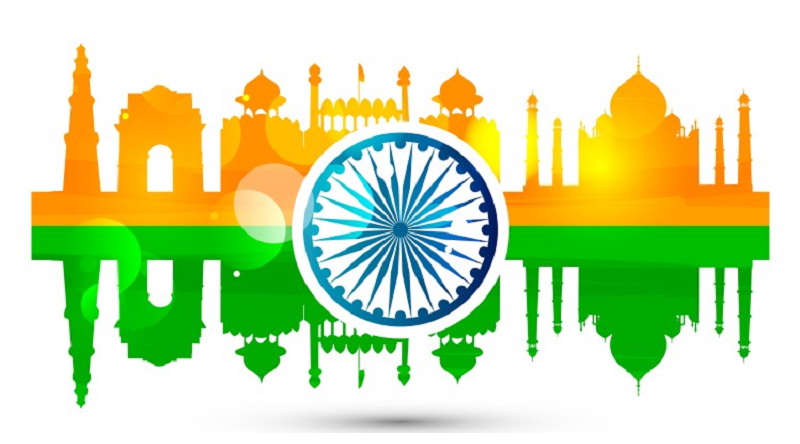 I come from a state where apolitical figures are tough to find, and I never knew, that can co exist in a democratic environment until I flew to the south part of India. We, the so called intellectual Bengalis always justified any shortcomings through political propaganda of non-bengalis. At the time when Bengalis dominated Indian football and didn’t do anything towards its progress, also cried foul about the then Bombay’s domination in Cricket and found the reason behind Bengal’s minimal representation in Indian team. I have seen people after shaking hand for first time asking, which party are they belong to. We always asked for news of splat, drama more than values.

We have seen people discussing more than cinematic values of Ray’s or Sen’s than the conflict between them, and who wrote what about the other or other’s movies. We don’t like their cinematic style or stories; we like or dislike them, and try to justify anything for our own propaganda.
Once I come out of Bengal, I saw other side of the world, the world where people don’t care about politics in their day to day life. I met people politically more educated and neutralized, they opposes wrongdoing of any, and accepts the opposite too. I forgot one thing though, “What Bengal thinks today, India thinks tomorrow.”

Back to 2014, I see historical division between Indians, and that is not for any good reason. We received a new prime minister that year, also involved in a huge backdated fight, that were only part of Bengal still yesterday. We see a division between Indians, pro Modi and anti Modi. People stopped believing anything seen in their open eyes; they put a black glass of either dangerous over patriotism or even more dangerous anti nationalism, what they called each others. The blind supporters of Modi named as Bhakts, but the anti Modi supporters are divided, though most of them following another guy, and this side named them Aaptards.

I don’t know the formula when people become pro something then they become dumb or they are dumb that’s why they become pro something. When we divide our nations, we get to open a back door from where the anti social elements start coming inside, and we ourselves fuel them with our dumbness. This dumbness of ours gave birth to the people like Sadhvi Prachi, Adityanath, Asaduddin Owaisi. Now one can argue and try to define who created whom, but the issue is they are there.

Failure of Media
A nation like ours needed media that talk about the people, but when people see the media houses only trying to sell their own propagandas, or they are lined towards a view, then people stop believing the media house, which don’t talk their own language. The anti Modi campaign of media, that’s what, brought Modi to power, not Modi himself. A certain set of people (read Hindus) feel betrayed and voted for Modi. Even their campaign tried to portray Advani as secular leader. Today we see active division in media, where NDTV, CNN are in anti Modi group, Zee News, India TV are in pro Modi group. If you watch same news in different channels, you will get totally different perspective, either of them are not totally correct. News channels don’t show news anymore; they serve us their own (or investor’s) view in a gold wrapped plate called HD.
The failure of media gave birth of another venomous trend, which is spreading through social media. Parties now have social media department, people their get paid to share news (?) from their funded online news portals, and public became so dumb, they share most of the news without verifying it from mainstream media, or they totally lost faith on them. Janasatta* (jansatta.com) and Janta Ka Reporter (jantakareporter.com) are two such kinds of views agencies. Funny part is I forgot both of their names, so I know in my Facebook friendliest, who is brainwashed by whom, so it was really easy to find out the links.
I remember another funny thing, one so called nationalist shared a news about the banning of peace tv by IB and ministry of broadcasting, and all Modi preachers started gaga over Modi-fied India, and also saw anti Modi bashers shared their concerns about the minorities in India. Nobody opened the link to see that it was 2012 news, from the era of UPA*.
Today media living in a denial, we are blind towards specific issues, and highlight issues, that fall in our propaganda.

Failure of Communism
The Indian communists are the one who never had a vision about the future of their own country and about them. They are the one who supported China in 1962 Indo Sino war*. The communists are those who portray themselves as the most secular and pro poor also supported formation of Pakistan along with Muslim League* and. The view that got the power in West Bengal, Tripura and Kerala with vast majority most of the time forgot their strategy of pro poor and became anti reach instead. In their regime communist never did anything that can enrich poor, but they made sure that the rich populate go down. They definitely didn’t learn from their holy book, how to develop a country, they learned only to protest, whoever in the power.

The self claimed gareebo ka maseeha found it difficult to sustain against another communist like movement by Mamata Banerjee and the last nail in their coffin was from Anna Hazare and then Arvind Kejriwal. Once failed, the communists and pro communists became more or less anti Modi than pro anything as such. They started protesting each and every decision of Modi government, and forgot the central government is not Modi government, it is Indian government. While travelling in this route, they made it easier for RSS to stamp them anti Indian.

The Islamists and the Muslims
As Digvijay Singh named Zakir Naik as a messenger of peace*, he forgot that it was UPA Prime Minister Monmohan Singh, who first raised alarm against the same guy*. Today it has become urban fashion to call, terrorism has no religion after each attack by Islamic organizations, and we are saying this more and more. Doing this, we are not only denying the fact of Islamic terrorism and its history, but also increasing hatred towards normal Muslims. While the hatred is growing; RSS camp is also gaining more and more support towards them. Here we need to put mirror towards the Muslim leaders too. If search in google, you will find very less columns/speeches by Muslim leaders against ISIS or any other Islamist group, but they always say it is created by Israel and USA but when Russia attacks them, the same scholars cry foul against Russia.
When Zakir Naik controversy was going on TV after Bangladesh attack, I saw many Islamic scholars talking against Zakir Naik for his hate speech, but nobody said what Zakir Naik delivered is wrong, that is not Islam. Other than few scholars released video on facebook/youtube, nobody challenged Zakir Naik against his speech (those are again in reference to Quran and hadith verses), but Sri Lankan Muslims did and Naik never came back. So if the scholars not arguing on Zakir Naik’s speech, but saying it is anti national, what does that mean? Even though it is anti national, anti humanist, anti women, but they don’t have nothing against the same, are those crap really written in Quran? If not then why are you not talking against each hate speech of Naik, instead of asking to ban him? Who is fueling RSS propaganda now? Banning Zakir Naik won’t resolve the problem, Islamic scholars who are against this guy need to come up and debate, if they really have an argument.

Ignorant Seculars
Those who forgot the definition of secularism; instead they are following their own party propaganda and making sure to be apologetic to gain vote bank. I would like to share one facebook post with the dates also regarding the same, which will show there is mostly no difference between a secular, mullah and chaddi. When you are a secular, we believe you to be educated, well researched, and if you don’t know something, you should listen to others, then either comeback with the fact after your research or learn and try to speak the truth. I have seen multiple times, that is not the case, even seculars also reading their own holy book. 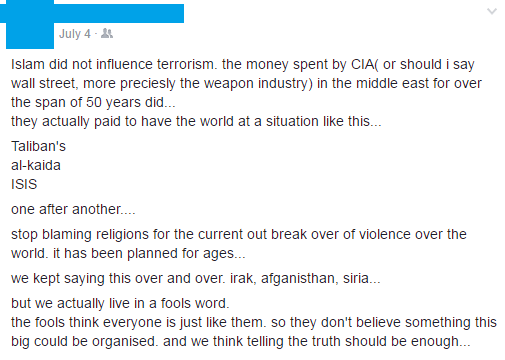 And below are my replies,

Till now (16-08-2016) he didn’t come back with his research, but again he posted similar things on Facebook, based on the propaganda he follows. This is what I call denial.
Today brainwash is not just happening by RSS and Islamists, it is happening by each and every political party via each and every medium.

The RSS and their Gau-maata
Remember Dadri? Yes, I know you do, I will try to remind you again though, on 28 September 2015 evening, two boys used the local temple’s public announced that the family of Mohammad Akhlaq had killed a cow and consumed its meat on Eid-ul-Adha. Cow is sacred to some Hindus and it is against the law in most Indian states to kill cows. Later, the police said that this was the cause of the outrage of citizens. (from wikipedia)
Do you see any difference between Islamic terror vs this incident? Islamists announce attack from mosque, Hindus are announcing from the temple.
Forget that, Akhlaq was killed on the spot. What happens next? Police came and collected the meat from their refrigerator for forensic analysis, slow clap for this bigots.
The very next day social media was flooded with anti and pro RSS posts, but they forgot lynches. Another funny part of the my friends’ posts were the pro RSS groups started asking question,
– Don’t forget what would have happened if someone eats pork in Saudi?
So they want to make India like Saudi, and they call themselves nationalist?
As all national news channels show the incident again, and again, they come up with another argument, with a list of “what happened where” in last 10 years, with Islamists involvement, and no news channel highlighted those incidents this much. It means, if they can do it, why can’t us. Even though we hate Islamic terrorism, but we follow their path only.
As always, their leaders, who are in power didn’t talk anything about this, the lynching spread all over, from Muslims, to dalits, don’t know who is next. Do you see any resemblances with Islamic terrorism? No, then read their progression too.
In the mean time let RSS blind followers spread the venom. 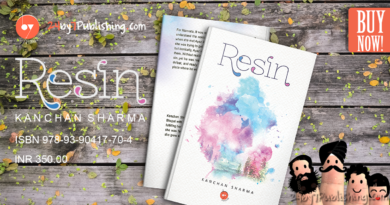 The effervescent beauty of love: Love propagates in a situation when two solitudes are protected and touched and greeted upon each other. 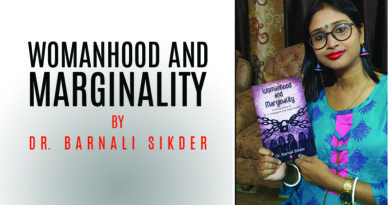 He comes from ‘SHE’ 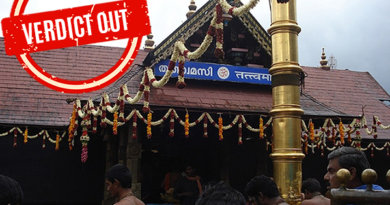