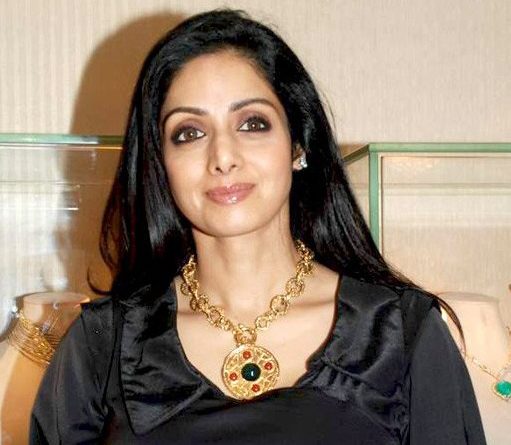 Bollywood the Star Studded Planetarium has Meteoric Shades to Unravel and Unfold.

Whenever we are lurking around Bollywood we immediately have our eyes touch the periphery of our upper lid and dive ourselves into Gladiator Glamour Gorge……Alas but it is not all that glittery  gastronomic of relationship between stars its much beyond our understanding the pain gain behind the scenes, roller coaster ride of not to be understandable riddles. Bollywood is the game of name fame and rename but to the normal and the onlookers from distance they can hardly see the gawky fact behind the glitterati Bollywood is the other name of the idiom “all that glitters is not gold”. It significantly catches our attention and we all want to be part of the trade one time in our lives.

As the saying goes there is a huge price of pay for the small recognition our stars get in the way. Stories of suppression depression and mental agitation are the few of the turmoil’s every star goes through few of which I will deal today in here.

How much ever we become progressive our society still does not approve Pregnancy before marriage and it will never ever admit depression as a way of life and stars can also be struck by it. Few of the stars who were would be Moms before they tied the marital knot are as follows.

Sarika Hassan: She was a very popular actress of the yesteryear and wife of Kamal Hassan. She was a very bold girl from a middle class family but she has beaten all the barriers of gender class and cred. Film guides has also said she has slept in cars when she was in Mumbai and was looking for acting break in her career. She was a tigress who was scared of rat, she choose to marry Kamal Hassan in quite ceremony with her very close friends. It is said she was pregnant with her first daughter now known as Shruti Hassan and is also an actor.

Sridevi Kapoor:  in the list goes Sridevi, it is know she was brilliant in finances and when in her crisis her family left her to struggle the strength and shine the worst. Sridevi having no help from anyone choose to come to Mumbai and approached for help from Anil Kapoor. Little did the family knew that who took the guest room will one day attending the guest to the Kapoor clan. She is wife of Boney Kapoor and couple has two daughters, it is known from the guides that she was five months pregnant when she tied the marital knot with Boney Kapoor.

Konkana Sen Sharma: An actress far beyond excellence and also daughter of popular Bengali actress Aparna Sen was pregnant before marrying Ranveer Shorey. It is now known that both have separated ways and are mutually divorced and only reason for marriage was to give a name to their unborn child.

Amrita Arora Khan: The most popular MTV VJ and kid sister of Malaika Arora Khan was also pregnant before her marriage with her business man entrepreneur husband .The two sisters have fought aloud all the challenges of life and nothing could give way to the fears it is known from trade guides that Amrita had very boldly accepted her step to motherhood and never felt shy from the media and paparazzi and avoid and be smitten hidden.

Mahima Choudhury: If you have not forgotten the movie Pardes and its less known actress Mahima Choudhury, was also expecting her baby before her marriage with her entrepreneur husband.

Now, from physical appearance to mental disorder which is common syndrome in all profession but very less come up to expose the heart and soul and admit it and brave the crowd. The social stigma and our societal judgments don’t allow us to approve our short comings and difficulties and force to keep it in our close cupboards. Some such people who has been part of such ghastly disorder and have fought the odd are as follows.

Sanjay Dutt: He heralds from the most Dutt family was some point of his life was a drug addict and had been rehab for getting out of his depression. When his life was in full swing and control he gotten into prison and got drowned in depression and his marriage with her current wife Manyata Dutt helped him to get across the trouble ocean.

Manisha Koirala: She was the most innocent beauty and no one could ever forget her debut in bollywood. She was all by herself in Mumbai to act support and create a mark for herself. She was later known to be drowned in deep depression and was unable to cope up with it and resorted to alcohol as her runaway.

Parveen Babi: When we talk about depression can we ignore to think about our mystical Bollywood diva of yester year Parveen Babi who was very innocent and after getting rejected by Mahesh Bhatt went into depression which she never recovered till she met death at her home.

Jiah Khan: The most deadly example of depression stands a beautiful 25 year old Jiah Khan, who was raised outside India but due to few failed relationships and inadequate work exposure gave up at such a tender age and died to rest in peace and never gave any piece to the world to show and applaud her acting piece.

Deepika Padukone: Now when we talk and discuss about the pain of mental disorders can we ignore the most popular and highly paid actress and heart throb of so many Deepika Padukone. Not very long back she went through lots of mental anxiety but she stood tall to the difficulties and never gave up as she says that the sportsman in me never allowed me to give up and now here she is getting the most ovation and accolade from the world.

There are many secrets in the cave of glamour its fun to have seen the glitz but its equally important to see the darkness and to learn and keep all of us grounded and graded. Life gives you lots of lemons you enjoy the lemonade or turn it into sour experience all depends on you. 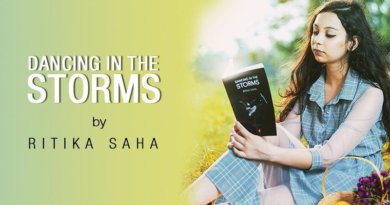 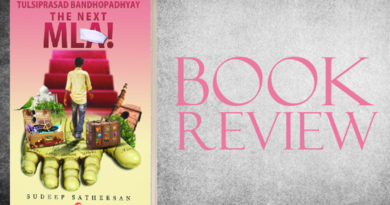 Book Review: Tulsiprasad Bandhopadhyay – The Next MLA! by Sudeep Satheesan

3 thoughts on “Bolly Secrets Behind the Woods : Bollywood stars and dark spots in their life”